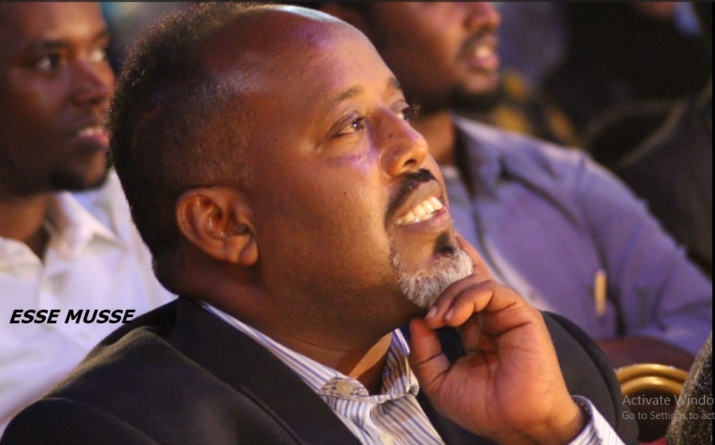 AGAINST THE ODDS
Jama Musse Jama, 2015
[This article appeared on “Review: Culture in Defiance 2015”, Prince Claus publication, 2015 – reprinted with permission]

The arts stand out as an area of life in Somaliland where marginalised communities have, despite the odds, overcome prejudice and discrimination. There is no comparable industry or sector where members of marginalised communities have been so visible and made such indelible contributions as in music, poetry and acting. Why has the arts been a more inclusive milieu when commentators and human rights activists often criticise the role of culture in sustaining discrimination?
Understanding and explaining this paradox has, to my knowledge, not been addressed in Somali studies, and is not straightforward to unravel. This brief article offers humble observations that are based on anecdotal rather than empirical findings and generate more questions than answers.
To understand marginalised communities in Somaliland, it is important to recognise a number of idiosyncrasies in its social structures. Social cleavages in Somaliland are largely, but not entirely, based on individuals tracing their genealogy backwards to a common ancestor, this gives them membership to a clan which in turn becomes the basis for particular society and country. For example, the stigma associated with the Gabooye, Tumaal communities – and the basis of their long standing exclusion – is widely acknowledged not to come from a default in their provenance. They, like other Somalilanders are just as capable of tracing their genealogy. What makes them fall outside the clan structure, however, are the peculiar mythical stories about their “unholy origin” or “denigrated occupations”.

The discrimination faced by these groups is readily accepted by most Somalilanders as a contradiction of the basic tenets of Islam and therefore sits uncomfortably with their professed religiosity. Marginalised groups become associated – and thus further stigmatized – with certain occupations such as blacksmiths (Tumaal). It creates a peculiar situation where Somaliland’s “minority” are neither visibly nor culturally distinguishable from other groups. In terms of language, religion, ethnicity and cultural practices, marginalised communities are as ethnically Somali and as much Somalilanders by nationality as persons hailing from other clans. Marginalisation is, however, sustained by a culture of privilege or “nobility” as one prominent commentator describes it. It is this, largely socially constructed form of exclusion. Having regained independent statehood following conflict, Somaliland has a challenge raised before it. An imperative to transition into a fully-fledged nation-state – capable of guaranteeing equal membership to a nation through citizenship rather than kinship.
Turning to the role of art and culture as a force of inclusivity, it is worth questioning why Somaliland society has “adopted” artists from these groups as their national heroes, in spite of the deeply engrained discrimination. Some of the most celebrated singers and poets such as Maxamed Saleebaan Tubeec, Cumar Dhuule and Hussein Aw Farah come from marginalised communities that are usually cast aside socially and economically by their fellow citizens. A greater paradox, if one can call it that, is that these artists were not just popular and successful; they are ranked among the greatest in their field.

What is it about artistic talent that makes it more likely to break through prejudice than say, politics or business? A cynical view might link the traditional stigma associated with the arts as reason for their success. Conservative attitudes in particular, often viewed music and theatre, as endeavours self-respecting persons did not pursue. Indeed, rural communities either engaged in farming or the noblest Somali line of work of keeping livestock as a better path in life. For emerging urban bourgeoisie similar respectability came from active engagement in trade, politics and often being employed as civil servants.

Another explanation and my preferred thinking is that these great artists truly were great. Full of talent and charisma – they were a force Somalis simply had to reckon with. Their social status as marginalised communities, for better or worse, faded into the background. It may also not be a coincidence that both Tubeec and Cumar Dhuule were from the capital Hargeysa, or spent career defining moments there. Hargeysa is popularly known as the “home of music” and in its heyday produced the finest artists. Finally, it is often said that Somali artists are the only “group” in Somali society that share a bond based on camaraderie. The support network that is shared by artists, which transcends and even replaces clan may just have been the accepting environment capable of nourishing and celebrating all talent.

Culture may to some extent be blamed for sustaining the disempowerment of marginalised communities, but culture and the arts and is also the only arena where marginalised communities have been treated with the humanity and the regard they deserve. As result, Tubeec, Farah, Dhuule and others have not only become integrated, but national icons.